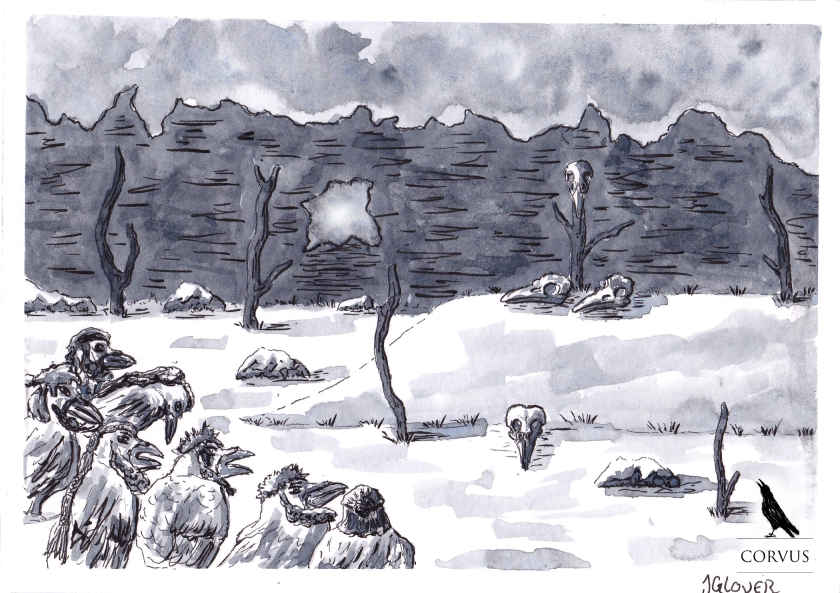 A Mysterious Calling from the Entrance to the Graveland

Reaching the end of the Burntwood, the group find the entrance to the Graveland; several Corvid skulls decorate the desolation surrounding the entrance which is a hole in the rocky outcrop that surrounds the entirety of the land they’re heading towards.

Corvus swore that once the quest was over with and the Darkness passed, if he was still alive he would lead an expedition to retrieve all of the remains of the 6th Corvidae Legion and give them a proper funeral. All those that perished in the Burtnwood would have been reduced to ashes but those who fought their last stand in the Graveland needed to be taken elsewhere.

Suddenly, a strange calling could be heard coming from the entrance to the Graveland; suspicious of a trap set by their enemies; if indeed any remained in this land but intrigued as to the source of the calling, the group decided to push on without stopping to rest.

Reaching the entrance and seeing through to the Graveland, the Corvids brace themselves to discover the source of the strange calling…

Join The Journey On Socials