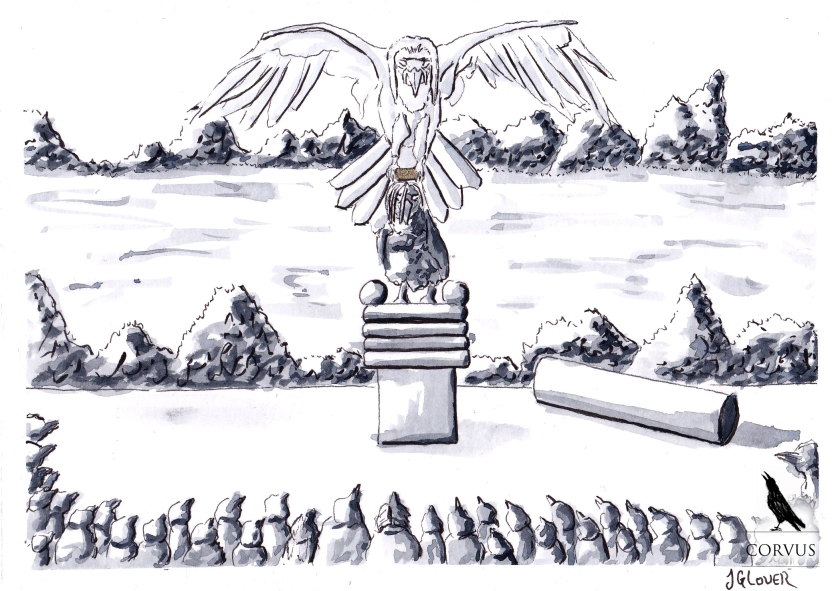 After such an exceptionally perilous and wearisome adventure, Corvus and the others would naturally have wanted to rest; however, the fulfilment of the prophecy only laid the groundwork for the rest of the journey.

Retrieving the Crown of Crows was the important part that needed to be done in order for the Corvids to be saved from the coming Darkness, but that alone wouldn’t be enough. A Ravenking needed to be crowned, all of the Corvids rallied together as one Colony, and to get to the Treehold Keep and battle the Rattus Rodentius hordes; the long-sworn enemies of Corvids.

All those that had already arrived in Crowshaven and those that has been living there already, gathered together at the Divine Slab of Forefather to see the Ravenking crowned.

Fittingly, Alwyn the White Raven conducted the ceremony and crowned Harfengel making him Ravenking and Chief of all Corvid Colonies, thus giving him the power and authority to bring them all into one Colony.

The glory of this occasion took everyone’s minds away from one thing.

Join Me On Socials