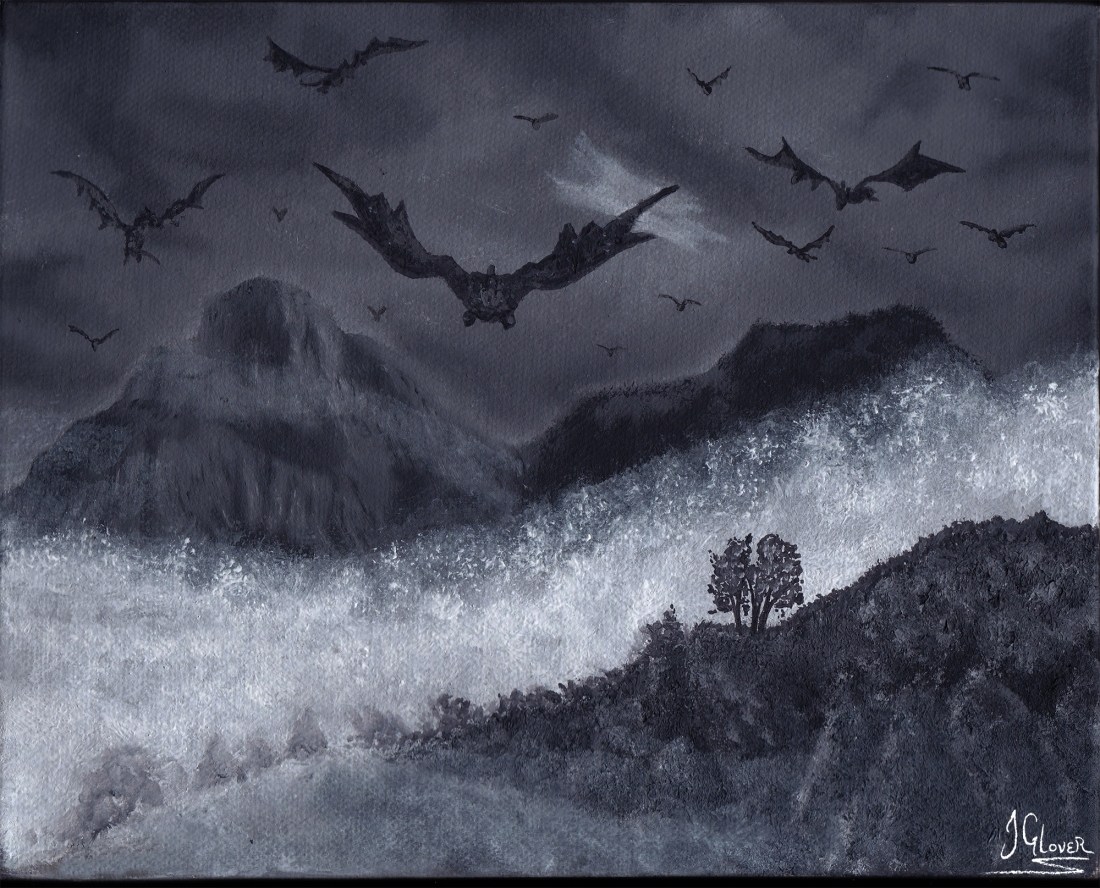 The Last Flight of the War Drakes – Oil on Canvas

The horns of the fell war blew a cry to awake

Through the night and the day, to the fight of an age

Over mountains and pastures the flight of the drakes

To the end of an era, to the light that’ll fade

“To the war! To the war!” cried the chief of the Wyrms

Every winged beast and creature full of evil that lurked

In the world at that time had a reason to purge

The fair people of Earth, and then see that it burned

The last flight of the War Drakes was the one and only time that the great dragons had ever been known to band together as a unitary force; they flew with intense fury and vengeance to the battlefronts of the Fell War leaving a burning trail of destruction and death in their wake.

They flew to their demise and apparent extinction once the Eldar caused the ‘Burning Sky’ ending the fell war and eradicating every evil creature present.

Thus concluded the last flight of the War Drakes.