Every now and then I am suddenly and unexpectedly hit with surges of nostalgia, and having art and illustration as my choice medium of outlet, this usually always results in artwork. Sometimes just a doodle of scribble, sometimes a painting; and occasionally a series.

This is the case with this miniseries, I also will be adding a few more pieces to this set as well using different media; as I have been accepted into the upcoming Zelda Creator Con by Linktober!

Anyway, before I keep rambling on like the Great Deku Tree, let’s see some art…

END_OF_DOCUMENT_TOKEN_TO_BE_REPLACED

As I write this post, it’s now quite late into Star Wars day for me here in the UK, however, it’s been a great one, probably my best yet and it will continue much into the weekend for me; lockdown is a great excuse for binging! 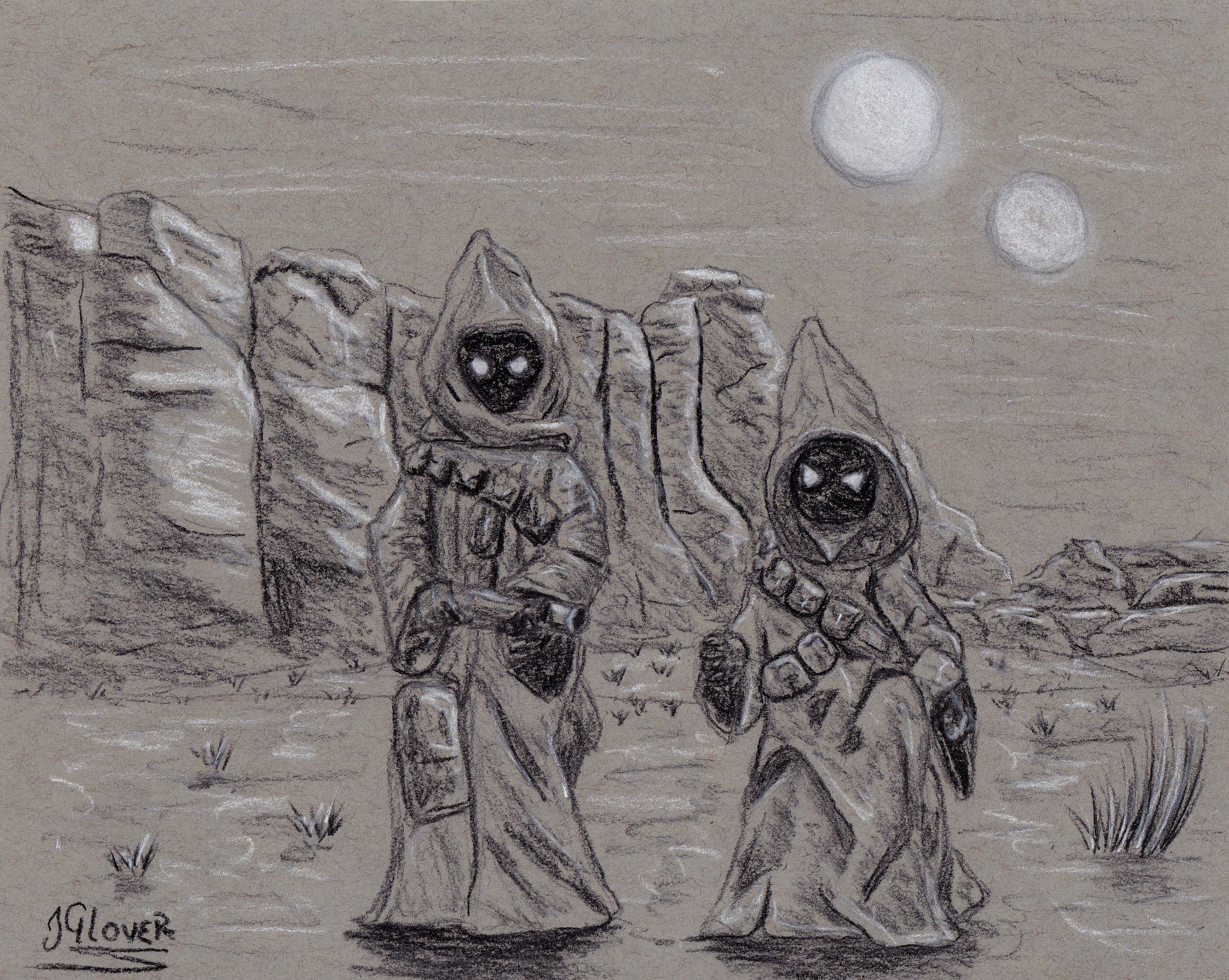 I recently undertook and completed this charcoal drawing to serve as a preliminary for a new oil painting, a May the Fourth special which also served as the subject for a live stream (more on that in a bit).

I’ve always had an odd obsession with Jawas and I’ll be doing some more Jawa based artworks in the future so this is just the beginning. In later piece I intend to put more emphasis on the landscape narrative whereas this piece is more of a character portrait.

This original drawing is currently available to buy with a 25% discount and free worldwide p&p – Just Click Here.

END_OF_DOCUMENT_TOKEN_TO_BE_REPLACED

A Shortcut to Mushrooms – Charcoal

‘Hobbits have a passion for mushrooms, surpassing even the greediest likings of Big People’

The Lord of the Rings – The Fellowship of the Ring, Book I, Chapter V – A Conspiracy Unmasked

I recently did something that has been quite a long held ambition of mine; I depicted myself as a Hobbit. This was quite an off the cuff project, planned, sketched and completed within a few hours for a competition that I entered.

END_OF_DOCUMENT_TOKEN_TO_BE_REPLACED

So I’ve Been Back To The Drawing Board…

I felt that it was high time to change a few things with my blog/website and general artwork output. When I began this journey I began with the intentions of working more so in the area of fine art, of telling stories of my own creation and of re-imagining folklore, history and mythology.

Somewhere along the way I got wrapped in fan art, and as a lover of the fantasy genre this is easily done. I’m now going to balance the fan art work out a lot more with some more finer art; figure drawings, still life paintings and landscapes. All of which will still hold a narrative nonetheless.

END_OF_DOCUMENT_TOKEN_TO_BE_REPLACED 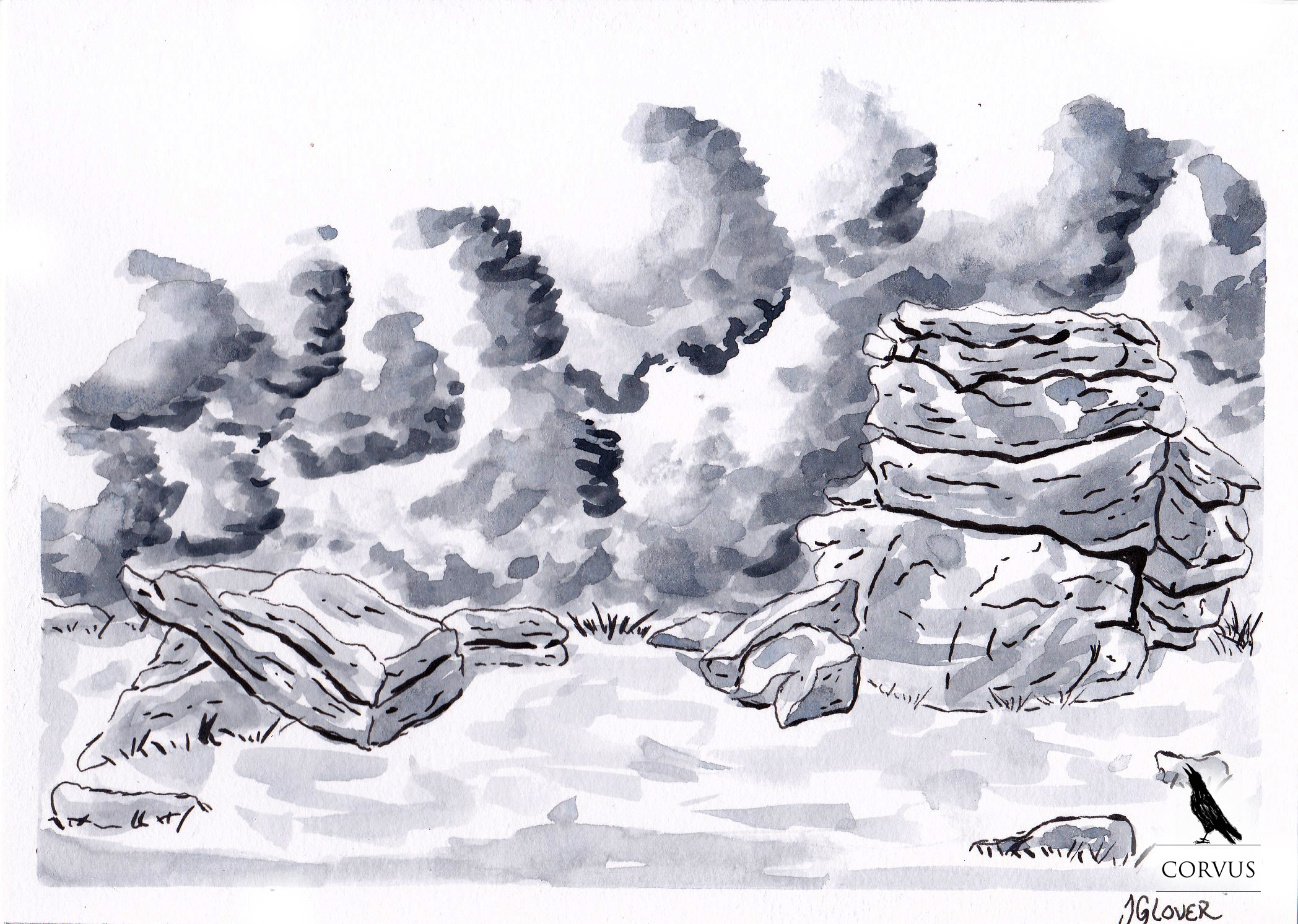 It felt like a lifetime since Corvus had left Crowshaven in pursuit of finding the Starshade herb that would cure his sister’s sickness. He had found the mystical and somewhat mythical White Raven; learned of an ancient prophecy and now seen it reach its fulfilment.

The Crown of Crows had been obtained and a Ravenking had been crowned after centuries of divided tribal territories.

The battle for Treehold Keep was over and the war won by the Corvids.

Now all that was left was a waiting game. The Corvids knew that the Darkness was going to spread and they were assured by Alwyn, the White Raven, that the castle was a place of safety and sanctuary.

The Darkness slowly swallowed up the landscape; the Corvids kept themselves hidden away and prepared for a long, dark winter…

There never was going to be time for negotiations or diplomacy between the Corvids and the Rattus Rodentius; the hatred went further back than memory itself and there were no stories of a time when the two kinds got along, or even tolerated each other.

Their history, in its entirety was one of war and deceit, battle and bloodshed; nothing more, nothing less…

The Ravenking Harfengel was not going to allow his entire species to become extinct due to losing this battle and not being able to hold up in the Treehold Keep.

It was all or nothing. Kill or be killed. Win this battle or lose to extinction. Present moment versus eternity…

When the Corvid scouts returned to Harfengel the Ravenking with news, it was as expected.

The Corvid scouts spotted the Rodents inside the castle and in turn, they too had been spotted and the Rodents were quick to raise the alarm and prepare for a siege.

It was hoped that the castle was empty but the Corvids had left Crowshaven with war in mind as the most likely outcome.

This was the culmination of a long history full of rivalry and vengeance; deep seated hatred that had been passed down through the generations.

This was the beginning of the end…

The Corvids Arrive at Treehold Keep

The journey from Crowshaven to Treehold Keep was a relatively straight forward affair; but upon arrival the Corvids were aware of an ominous atmosphere around the castle itself. They kept back at a distance at first, to keep an eye on the castle itself. Harfengel sent a handful of Corvids to survey the area and get the lay of the land.

The rumours of the Rattus Rodentius clans moving into Treehold Keep some years ago were well known to the Corvids, so an ambush was to be expected; and Corvids are very curious creatures so there were no chances to be taken.

Keeping their distance across the water until more information was available was the safest play until the Corvid scouts returned with news; whether good or bad…

The Corvids Assemble for War

The time had finally come. Preparations were being made. The war assembly was underway

Harfengel the Ravenking had all the Corvids getting ready and dressed for the grand exodus and battle that awaited them. Since the days of the Old Corvidae Empire, such a large Colony of Corvids had been unheard of.

Even now, on the day they were preparing to leave, more Corvids were arriving; Alwyn hatched a plan to leave a a handful of messengers for any late arrivals, they were to leave and fly for Treehold Keep as soon as any sign of the Darkness was apparent.

The Corvids donned their skull helms with pride, sharpened their beaks and hoped for safe passage to their new home… 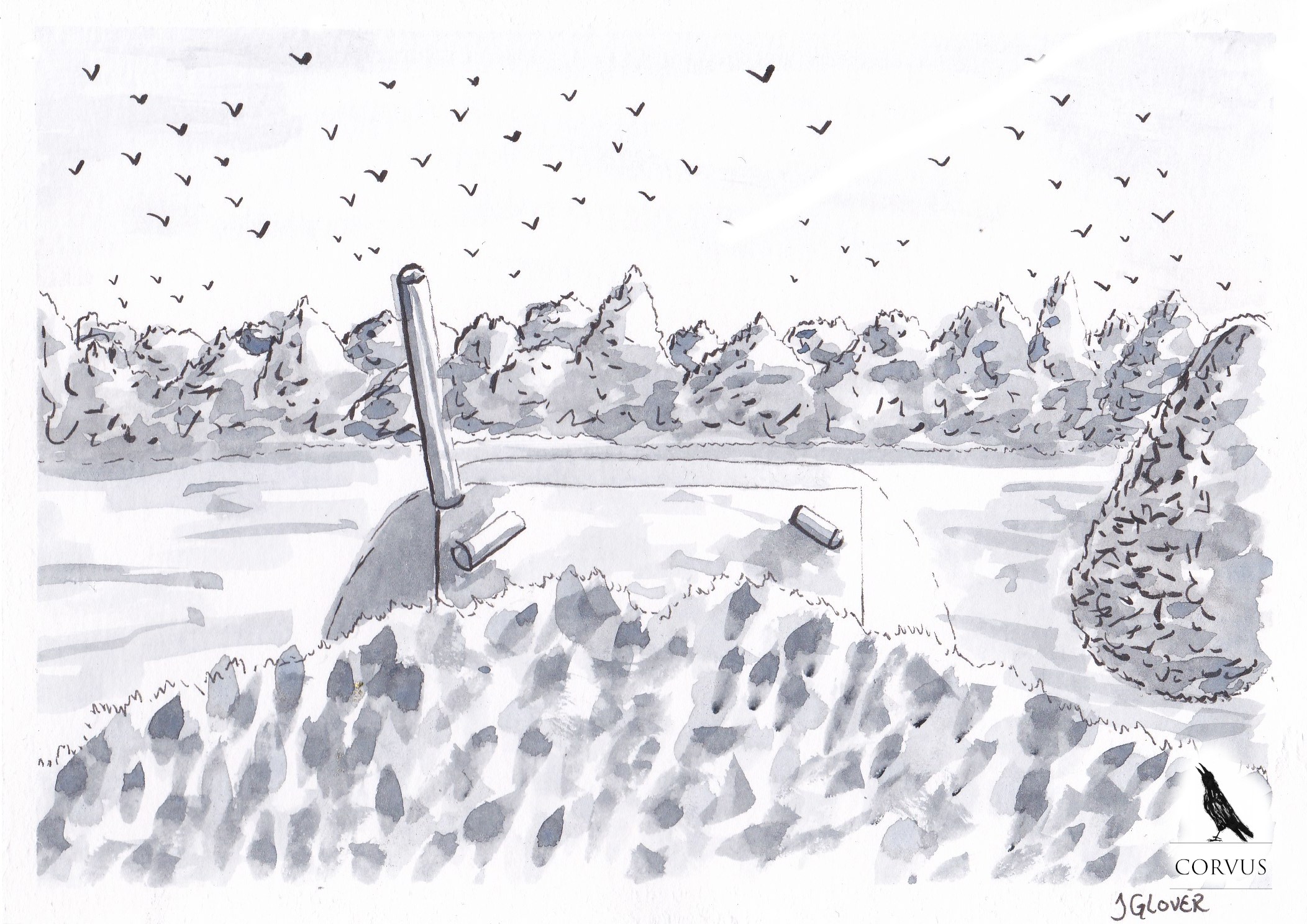 A Ravenking had been crowned. The Corvid world was changing, and changing fast; which was a necessity with the Darkness coming. The word had spread across the many lands that Corvids inhabited in the days following the crowning of Harfengel, there was a constant stream of incoming new Corvids.

Only so much time was left though, it was very nearly time to leaveCrowshaven and head to Treehold Keep and the newcomers were still arriving at a steady pace.

Harfengel announced that within the week they would be leaving Crowshaven and heading off to the new land, ready for war in order to claim the only safe haven…

Join Me On Socials